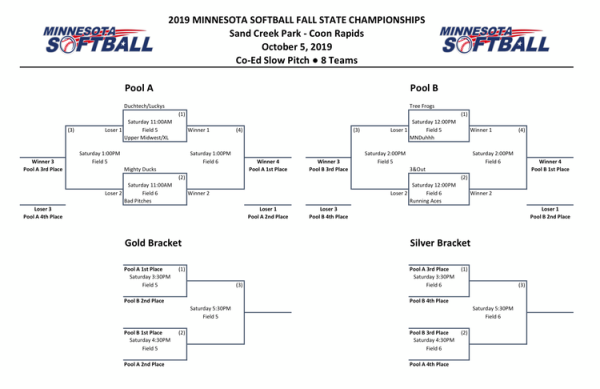 The eight teams are divided into two pools of four, where each team will play two games to determine which bracket they advance to.

Pool A sees Dutch/Luckys facing Upper Midwest/XL, while the other matchup is Mighty Ducks vs. Bad Pitches. Pool B features Tree Frogs vs. MNDuhhh, and 3&Out vs. Running Aces.