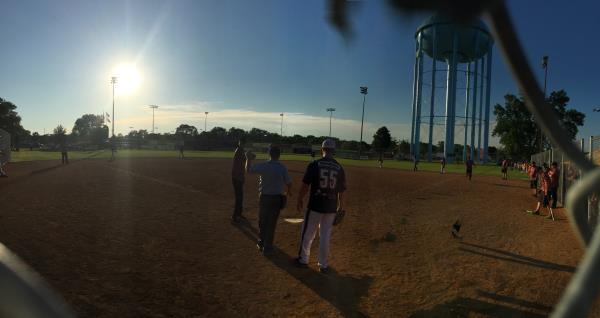 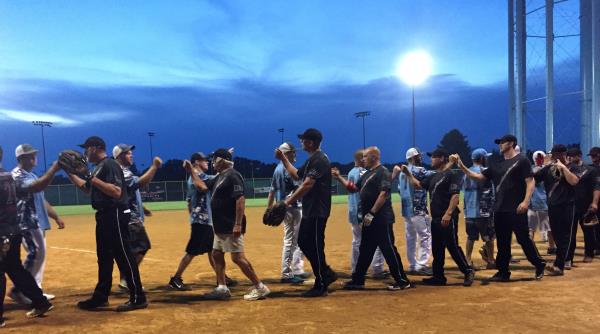 The Virg Ellrich Memorial Firemen’s Slow-Pitch Softball Tournament has established itself as one of the top tournaments in the region – not only for its excellence of competition, but also for its atmosphere. This year's rendition will be the 58th annual.

“It’s like a small-town reunion,” said Jeff “Barnsey” Barnes, the long-time tournament director. “The people just enjoy coming back. They get to see people they haven’t seen for a year.”

This year’s tournament is set to begin this week with three tiers of men’s brackets: a men’s over-35 wood-bat division, a co-ed bracket and a women’s bracket. The tournament draws teams from as far as Kansas City and Nebraska. In the past, it has also brought in teams from Canada.

The man in charge of leading the tournament for nearly 40 years is Barnes. He and a team of more than 350 volunteers devote their time and energy to holding the tournament, which has become a staple for Bloomington and the softball community.

“I try to say, ‘Thank you’ to everybody,” Barnes said of the volunteers. “It seems to work. I don’t ask them to do something I haven’t done.”

The Bloomington Knights of Columbus help serve beer and retired firefighters serve roasted corn on the cob. Barnes also gets help from Chief’s Towing, which stores for free his 53-foot trailer that contains the tent and much of the supplies needed to run the tournament.

The games take place at Valley View PlayField and Dred Scott Park in Bloomington, and this year 160 teams will participate. An estimated 20,000 people visit the tournament and often times cozy up right next to the foul lines.

The tournament will kick off Thursday with the annual Bloomington Fire versus Bloomington Police All-Star Game at 6 p.m., which will be followed by the Fireman’s All-Star Game. On Friday, a home run contest will be held beginning at 4 p.m., with tournament play starting at 6 p.m.

The tourney began with 16 teams and doubled in size the next year, quickly becoming the largest tournament in the state. Barnes does his best to keep tabs on the top teams and tries to set up the brackets so there aren’t any big matchups early.

“It’s good for the softball community and good for Bloomington,” Barnes said.

> By 1969 the tournament grew to 128 teams and held a women’s division for the first time, along with a home run derby.