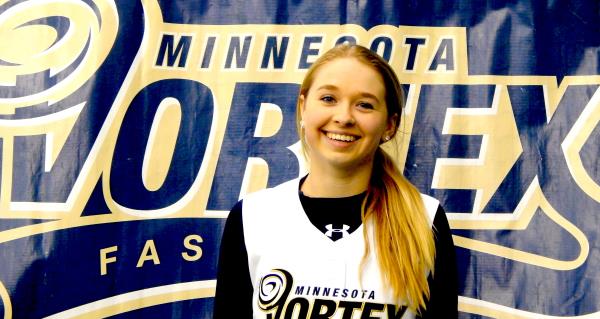 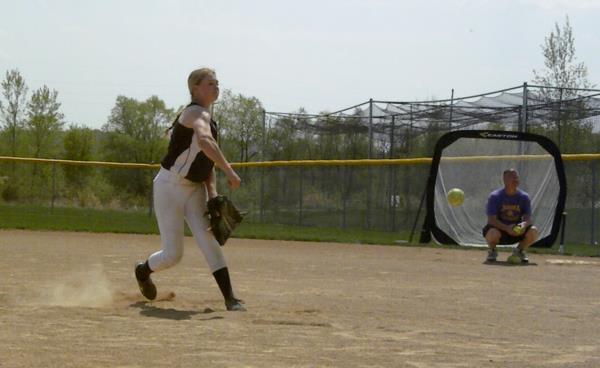 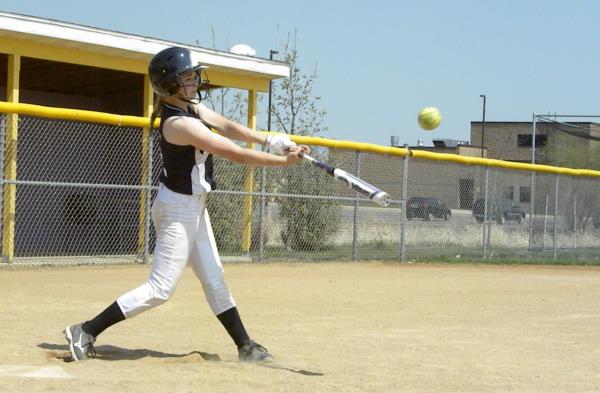 Alexis "Lexi" Kretsch was also nicknamed “Smiley,” and it became her persona. She wrote “SMILE” on her softball glove and wrist as a reminder during games that when things got tough, a smile can take the edge off any challenging moment.

Kretsch died at age 16 on July 10, 2015, due to injuries from a car crash the day before. A vehicle crossed Highway 169 and her vehicle was t-boned. Lexi's car rolled, and she later died as a result.

Kretsch attended Waconia High School and was a standout pitcher for the Minnesota Vortex. Last weekend the “Lexi Kretsch Summer Showdown” took place at Wayzata High School to honor and remember her. The Mankato Peppers plan to dedicate their tournament this weekend to Kretsch, who last played in that tournament.

“I don’t know if the word would be therapeutic,” said Lexi’s mom, Jennifer Kretsch. “All we’ve been doing since Lexi was seven years old was tournaments on the weekend. It was normalcy for me. It was nice to see all the girls.”

The “Summer Showdown” tournament at Wayzata was the first softball game Jennifer attended since Lexi’s death, though many of Lexi’s teammates frequently stop by Jennifer’s house to visit. And it’s not only former softball teammates that visit with Jennifer.

“There are so many personalities, so many types of girls,” Jennifer said. “They all have a loving heart; that’s what Lexi saw in them.”

Kretsch wanted to help people and planned on pursuing pediatric nursing in college. In that spirit of always wanting to help, Jennifer decided to donate Lexi’s organs. Her liver went to a man in Pennsylvania, who Jennifer will meet later this summer.

“It’s so much of a blur,” Jennifer said. “All I remember is standing there – my family, and Lexi’s two coaches – and just thinking Lexi would want this. She wanted to change lives.”

In addition to playing softball all summer, Lexi worked two part-time jobs, one of which included working with an autistic child. She had an ability to reach people in all walks of life.

“(For) her summer job, she worked quite a bit with an autistic child and he would try to say her name, and he didn’t try to say anyone’s name,” Jennifer said. “She was drawn to people who needed help; it was in her nature to help.”

Lexi had the ability to draw people to her as well. A classmate set up a 5-kilometer color run/walk scholarship fundraiser for Lexi and through the event, was able to grant a pair of $1,000 scholarships. The Alexis Kretsch Memorial Scholarship has been started and there are plans for another scholarship in her honor. At the tournament in Wayzata, the player who best exemplified Lexi was given a plaque.

Jennifer pitched when she grew up in New Ulm and said Lexi was destined to pitch. Jennifer used to catch many of Lexi’s pitches, but eventually had to stop after Lexi’s velocity reached the low-to-mid-60s and Jennifer could no longer risk another broken thumb. Lexi had just started the college recruiting process last summer and several Division I schools contacted her.

The two shared a bond that had friends worried what Jennifer would do when Lexi, Jennifer’s only child, left for college.

“She was more than a daughter,” Jennifer said. “We did everything together.”

One of their annual traditions was going to Valleyfair during the summer.

“Ever since she was five, I got her Valleyfair passes and she’d always go with me,” Jennifer said. “We always had this thing of how many times we’d ride the Wild Thing in a row; I think we got up to 15 times.”

At last weekend’s tournament in Wayzata, Lexi’s team retired her No. 2 jersey and sang “Take Me Out to the Ballgame.”

At the time of Kretsch’s death, the Vortex had just qualified for the ASA/USA Class A National Tournament. She was not only the team’s top pitcher, but one of the best in the state.

“I don’t remember her ever missing a practice, even when I told her to take a break,” said Vortex coach Bob Mochinski.

Mochinski and another coach, Dan Saurer, were two of the pallbearers at Kretsch’s funeral.

Lexi had an inner drive that few others possess. She chose to participate in agility classes for boys because the girls’ classes weren’t challenging enough. Instead of reading Harry Potter, she read books on kinetic energy. Teachers called Jennifer to tell Lexi to stop doing extra credit because she had already exceeded an A-plus.

A smile helped Lexi in so many ways in her 16 years, and so many others. Now it’s helping her mom, who has a tattoo on her wrist in Lexi’s handwriting, reminding her to smile.